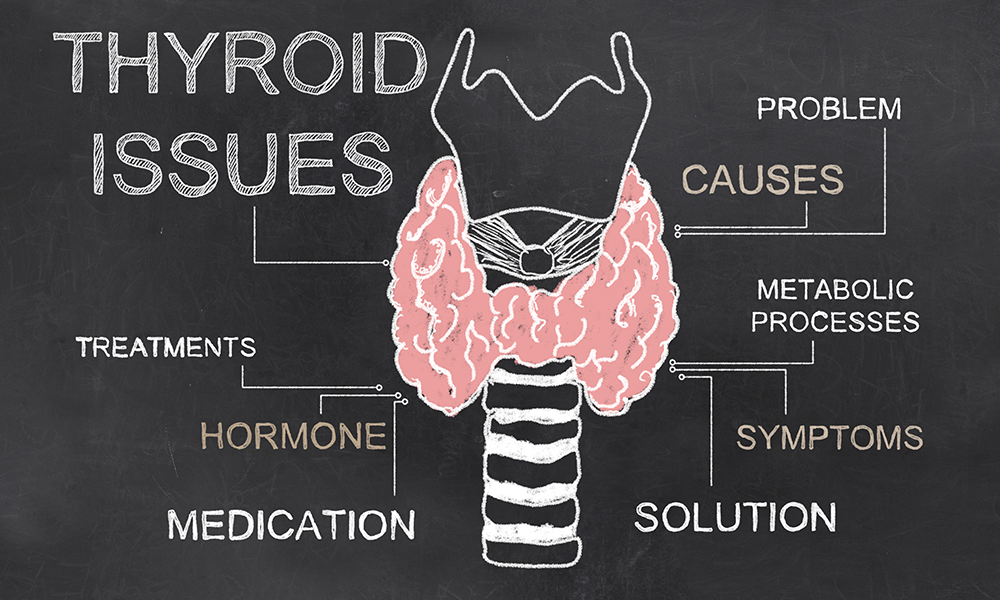 Thyroid problems are quite common in men and women. The thyroid gland produces hormones which helps maintain your body’s metabolism. There are two types of thyroid problems and as such the symptoms also vary. 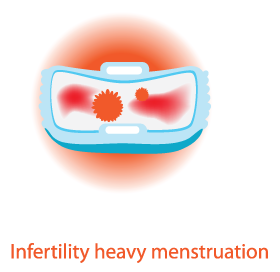 Sudden Changes in Your Body

If women have hyperthyroidism, then they may suffer from menstrual changes where they have either prolonged or excessive bleeding when they menstruate. On the other hand, if women are suffering from hypothyroidism, the menstrual flow might be reduced.

Both men and women may also suddenly start to put on weight without knowing the reason. If you haven’t changed your diet or exercise regime and you find you are suddenly putting on weight where you didn’t before, you should consult a doctor for more advice. 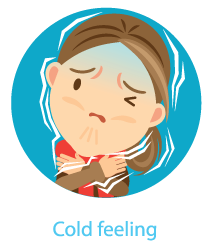 Another common symptom is tolerance to temperatures. People with hyperthyroidism will often complain of being too hot and can’t tolerate higher temperatures.

Equally, those suffering from hypothyroidism will feel cold. They will find it difficult to warm up and continually feel cold even in mild or hot temperatures. 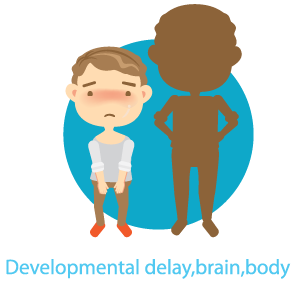 A person’s brain can be affected by either elevated levels or low levels of the thyroid hormone. Those people who have hyperthyroidism will often complain that they can’t concentrate very well. As a thyroid problem progresses, levels of concentration will often go down. Conversely, where a person has hypothyroidism people feel depressed and sluggish. 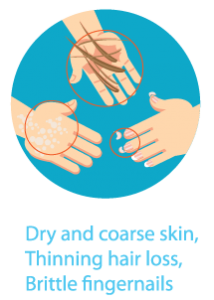 Thyroid conditions often cause problems for a person’s hair and skin. Hypothyroidism can cause hair to become dry and brittle, and it can break and fall out more easily. On top of this skin becomes very dry and irritable, as well as scaly and coarse. It has been known for the hair in the eyebrow to fall out too.

Hyperthyroidism can also cause hair to fall out. It doesn’t make hair brittle, instead your hair will be thin and very fine. Skin will also become thin and fragile. Moreover, rashes have been known to appear on the skin surrounding the shins.

Therefore, if you notice any changes in your hair or your skin complexion you should consult a doctor as it could be a sign of having either an overactive or underactive thyroid gland.

Another sign that you may have a thyroid problem is if you have any long-term or severe digestion issues. Hypothyroidism often causes people to become constipated over a long period of time. What’s worse is that this constipation doesn’t respond medication or other treatments and can cause a lot of pain.

Hyperthyroidism, on the other hand, has the opposite effect. Suffers will often complain of diarrhea, a watery stool, and even develop irritable bowel syndrome (IBS).

In both cases the symptoms are long-term. If you have had diarrhea for longer than three days, you should always go to visit a doctor. But with thyroid issues, these symptoms can continue for much longer.

It is very important to remember that people have many different symptoms. Some people much notice all of the symptoms described in this article whereas others may not even get one.

Moreover, these symptoms are not specific to thyroid problems and could just be an isolated sickness or a sign of a different illness. Therefore, it is always advisable that you visit a doctor should you get any of the symptoms described in this article.